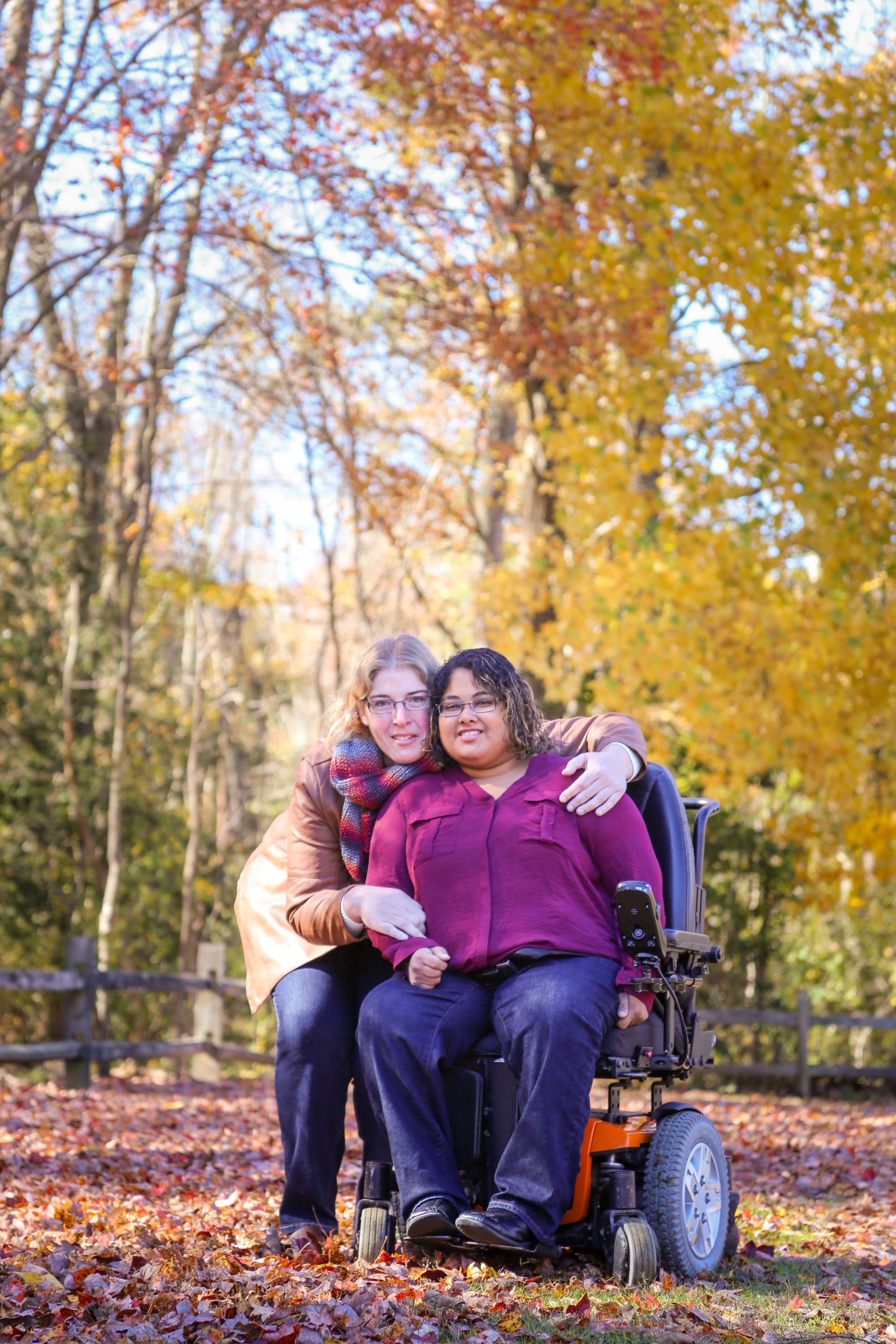 I was born in Puerto Rico a Thursday in June and on my 9th birthday or as I remember maybe a week after we went out to dinner. Nine days after my 9th birthday, on June 25, 1992 on our way home a drunk driver ran a red light and hit the vehicle we were traveling in. There were seven of us in the car and only one didn't walk out, me. I died at the scene of the accident and was in a coma for two weeks although to me it felt like it was only two hours. I woke up to having a spinal cord injury and chest tubes in both lungs to control the internal bleeding. Now I know that I didn't know much when I was 9 but what I did know was that something wasn't right. I couldn't move my legs nor did I have have control over anything else that I used to before I saw the light that put me in a coma. Now, as tragic as this was it led to the next big chapter of my life and the reason for my happiness so I can't be upset with the why.

Not long after the accident we left Puerto Rico for Philadelphia, Pennsylvania because that is where Shriner's Hospital is and they had given my parents a gift. They would treat my injury free of charge as long as they got me there. My parents had to do a lot of fundraising and it wasn't easy but they acquired the $18,500 needed to get me to Philadelphia and there at Shriner's I began my recovery at the fragile age of 9.

After Seven long months of my parents living in an apartment within Shriners Hospital while I was being treated for my injuries, we found a home and were able to leave the hospital. Long story short I went to an all disabled high school called Widener Memorial in Philadelphia, graduated with honors and went to college. While I was in college I met the love of my life and my wife Kathryn Lutner. I encountered a new sense of ambition when I met her and she pushed me unlike anyone had before to do things and explore and to thrive and love freely. I didn't have a lot of resources or mentors or anyone to say this is how you do this, I mean yes the hospital showed me how to transfer and how to fall properly but there were a lot of things they did not teach and frankly its kind of impossible for someone to tell you how your supposed to pull your pants up the best way. You kind of have to figure certain things out on your own or have a mentor that can guide you through what they did and how it worked for them.

I have been lucky to learn things along the way, I have attended college, worked at 3 major companies and have been blessed to be able to drive and do pretty much anything I set my mind too. I know you can do anything you set your mind to also, so come along with me on this journey and we will live Life Without Limitz together!